The Kutno Regional Folk Song and Dance group was founded in October 1968, by Kazimierz Jozwiak, The group’s first manager and choreographer. He succeeded in registering the kutno regional costume in the polish catalogue of folk costumes. The group made its name in the international folk scene and its high artistic level, rick costumes and exquisite choreographic arrangements attracted the attention of the state authorities.

The group survived several membership changes until it was disbanded in 1990. In June 2008, Krystyna Korkus efforts brought the reactivation of the ensemble and its registration as an association. The group’s come back performance at the largest Kutno open air festival, the Rose Day was enthusiastically received by thousand of attendees and was clearly the festival’s top attraction. At present the group’s formal status is an association for the public and is the only organization in the region capable of maintaining the local folk heritage, manifesting itself in dance, song and local rites. The group’s activity is tied to the town of Kutno and the association strives to promote the town both within Poland and Internationally. 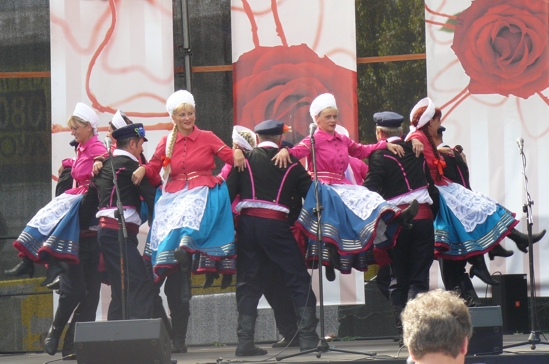 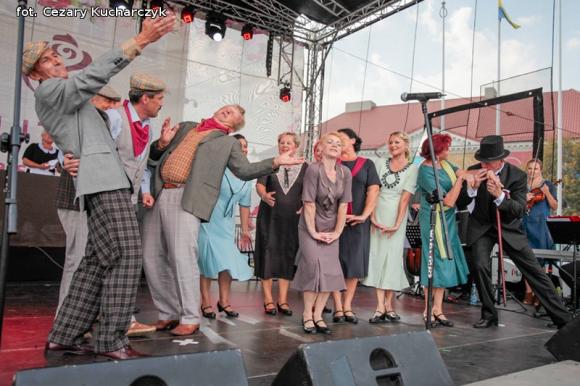 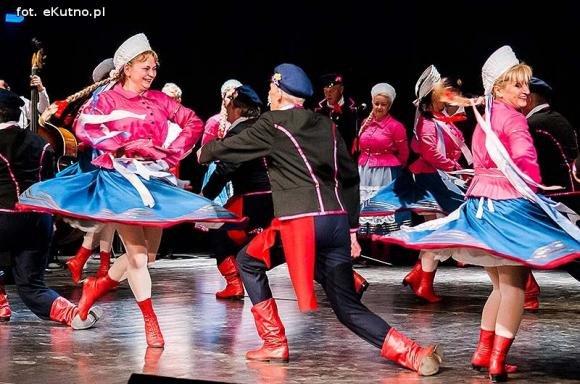 Under the supervision of Mrs.Esmeralda Concepcion Medina Rodriguez the group became renowned as the Professional group of ori tahiti (tahitian dance), formed about 10 years ago. Tahitian dance, and indeed all polynesian dance is vibrant, unique, and full of provocative dance steps.

Throughout the history of Tahiti, dance was used at virtually every type of event in life. At one point in the day, natives would dance to pray, and at another moment in the day dance to express their happy occassions. Because dance was linked to all aspects of life in Tahiti, the frames, music, and story-telling power of the dances are strong.

Five type of dances are presented during the IEFF-2017 : The ote’a, The aparima, The hivinau, The pa’o’a and The Kapa.

Among the percussion is the to’ere; the fa’alete; the pahu with two skins and beaten with a stick and the pahu tupa’i rima, with one skin, that is played with the hands. The stringed instruments consist of the ukulele and the guitar. 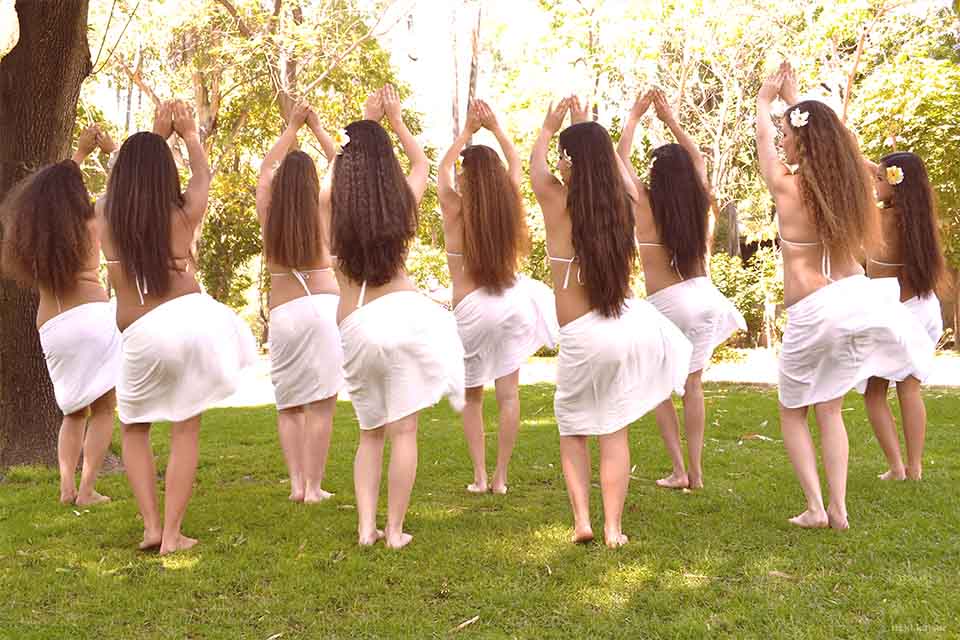 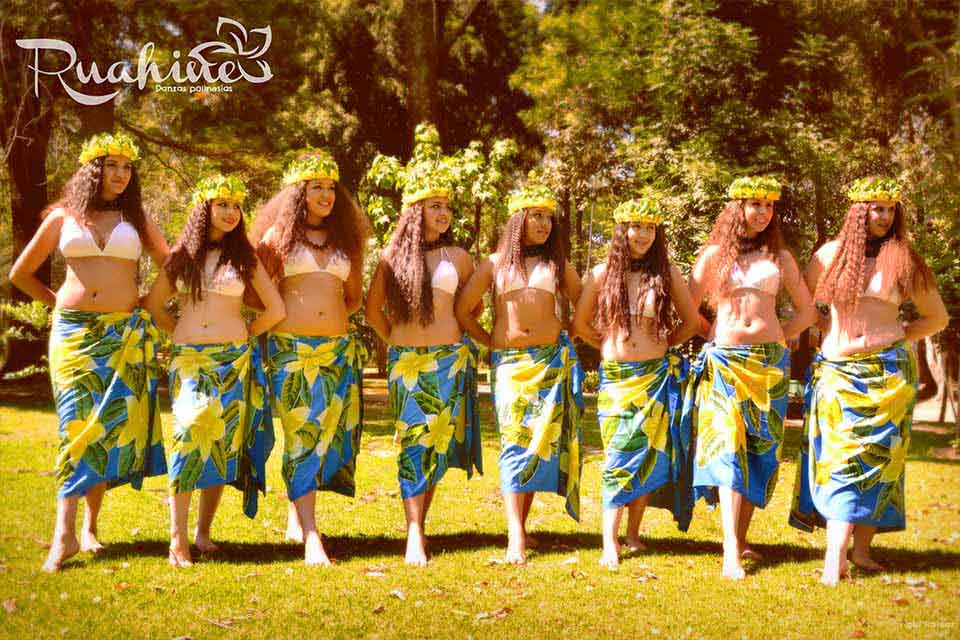 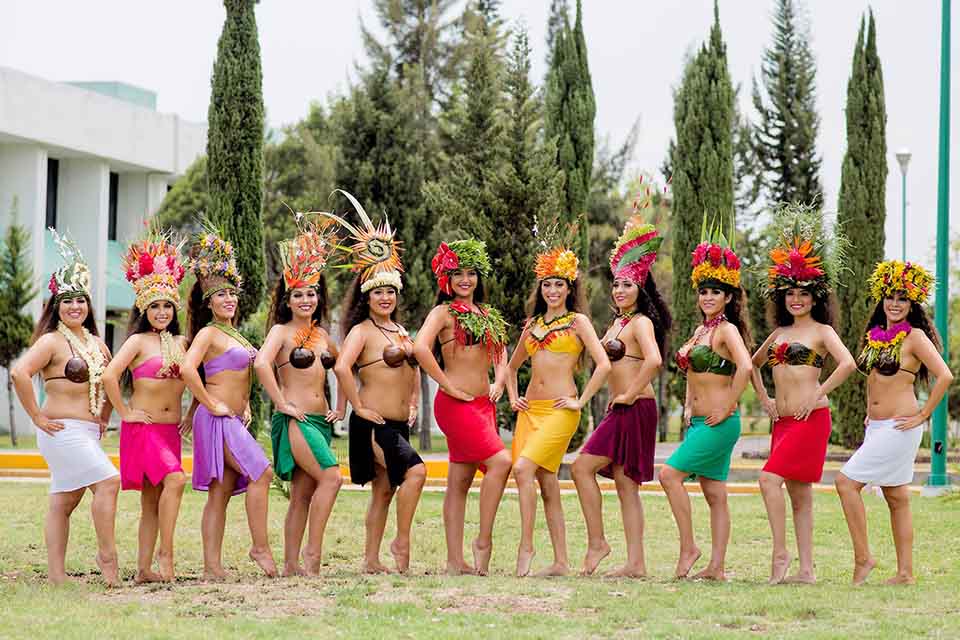 Nine Indian Groups participated at Indian Folk Dance Competition on the stage of IEFF-2017 for a cash prize of 25,000Rs First prize and 15,000Rs Second prize. 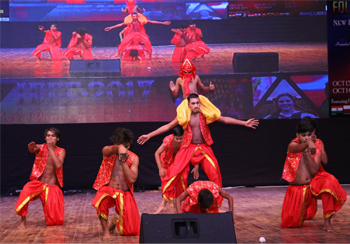 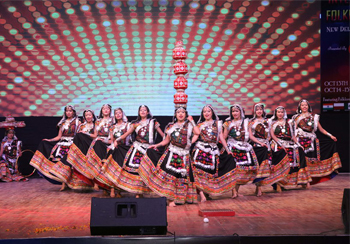 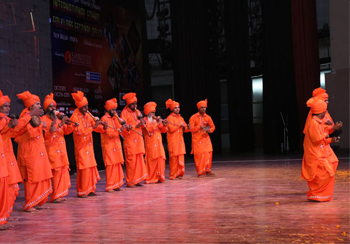 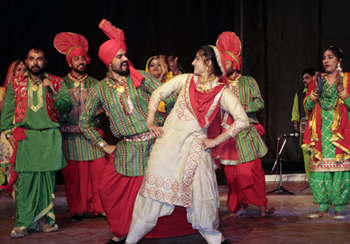 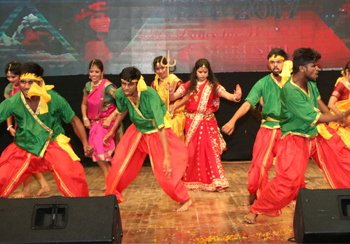 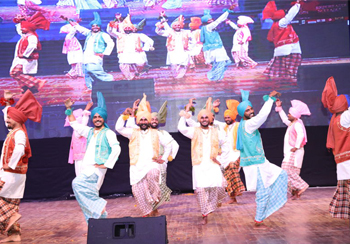 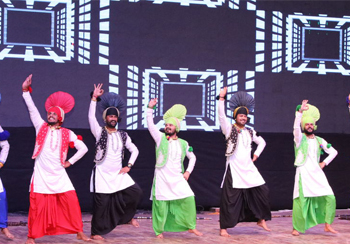 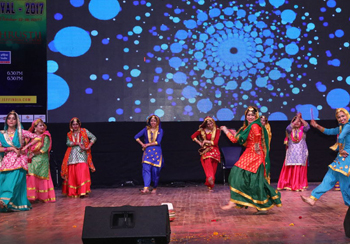 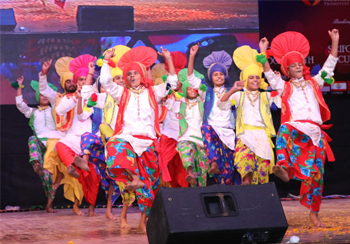 The group is well known in Tlaxcala, Mexico and participated in most of the International Festivals in Mexico. The group maintains the traditions of the ethnic cultural dances of “Camada Tlacuilohcan” which are directed to the diffusion and sample of the alive traditions of Mexico; Creating a show that integrates the mysticism of ancient Mexico and the present. The main interest is to show those dances that are practiced in communities with people without artistic preparation. Making known the musical and cultural diversity of Mexico and each of its regions.

The group will showcase The French Crews, The Jota, The Sanmarque, The Palomo, The Alcaravan, The Witch, The Bamba in IEFF-2017. The dance of the Quetzales is a millenary tradition that is danced in the North sierra of Puebla, Mexico, its name is due to the use of feathers of this bird in the making of the enormous circular plumes that are used to execute it. The costume consists of a man’s hat with ostrich feathers multicolored, a layer called gazne, carved wooden mask and castanets. And for women, wide pleated skirt and blouse Otomi style. Women and men use sandals as a tribute to the indigenous race, which is pioneer of Carnival in Tlaxcala. 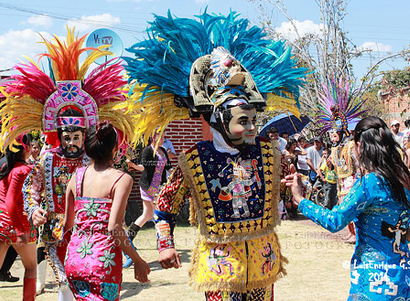 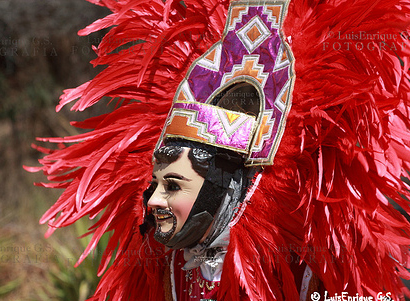 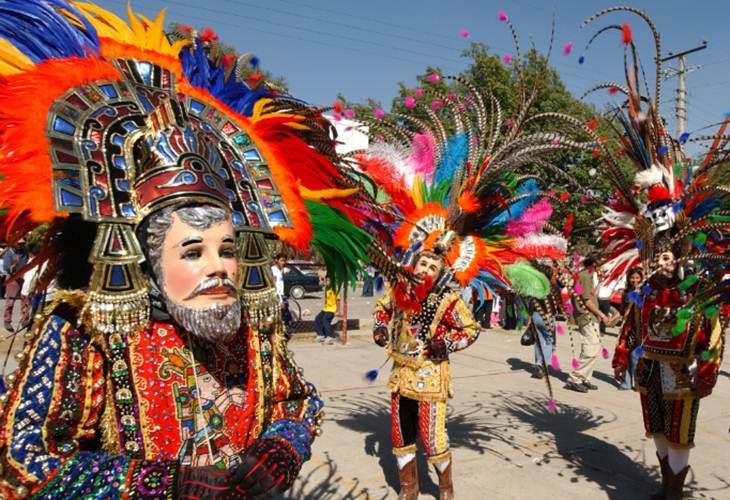 Bungong is an Aceh Folk Dance Team, named after the Aceh’s local language “Bungong” which literally means flower in English. The team is strongly formed with students from Urban and Regional Planning major, Department of Architecture and Planning, Faculty of Engineering, Universitas Gadjah Mada. Since the debut of the team in 2011, Bungong has performed in several occasions in Yogyakarta and overseas.

Ratoeh Duek/Ratoeh Jaroe – In Aceh traditional language, Ratoeh means dance/dancing and Jaroe means hands/fingers. Ratoeh Jaroe is one of Aceh’s folks Dance which focus on speed, rhythm, and synchronization of the dancers’ hands movements. The dance is accompanied with dynamic rhythm music from a rapa’i and the singer sings songs of happiness, life and praises to Allah. The pure departure to restore the spirit of the people of Aceh post tsunami 2004 ago. This dance is indeed a commodification, there is a part of Saman also in it.

Tarek Puket - is one of Aceh’s Folks Dance, an improvised version of Ratoeh Duek. It symbolizes Aceh’s people spirit and passion in working together as fishermen or farners. Ropes and other equipments are used in this dance.

Likok Puloe – is one of Aceh’s folk dance, likok means dance movement and puloe means island. Likok puloe comes from the coast of Aceh and traditionally performed during the harvesting season. 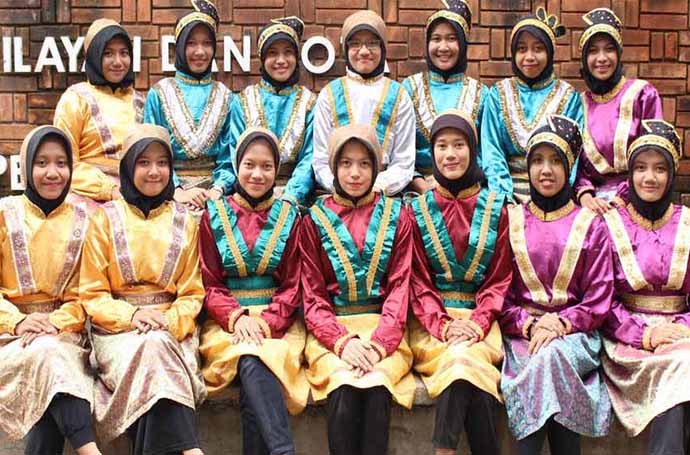 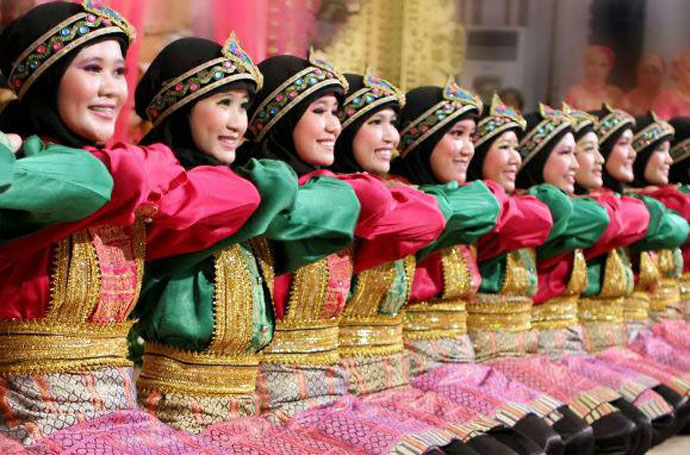 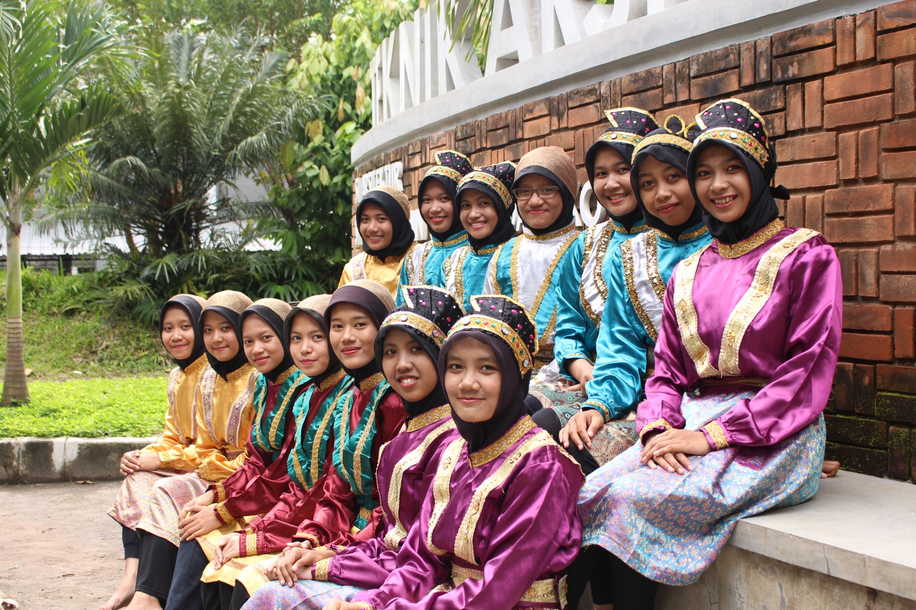 Kutawato Dance Bureau is a cultural dance group based in Cotabato City, Philippines. The group was established on October 10, 2006. The group has a wide repertoire of dances coming from all over the Philippine archipelago but mostly from Mindanao. The group was formed by dance enthusiasts that enjoy the beauty of Filipino folk dances. The folk-like and unaffected atmosphere of the performances has won the world over as they present the story of the Philippines through a panorama of songs, dances and music.

The troupe continues to research, preserve and showcase the diverse multi-cultural Philippine life, with its customs, traditions, various religions, depicting the gaiety and friendliness of its people through its performances of the native arts in their authentic form.

The group works for the development of Pluralistic Culture Promotion of Historical and Cultural Heritage Dissemination of Artistic and Cultural Works. The group’s objective is Preservation and Integration of Traditional Culture Ensure Standards of Excellence. 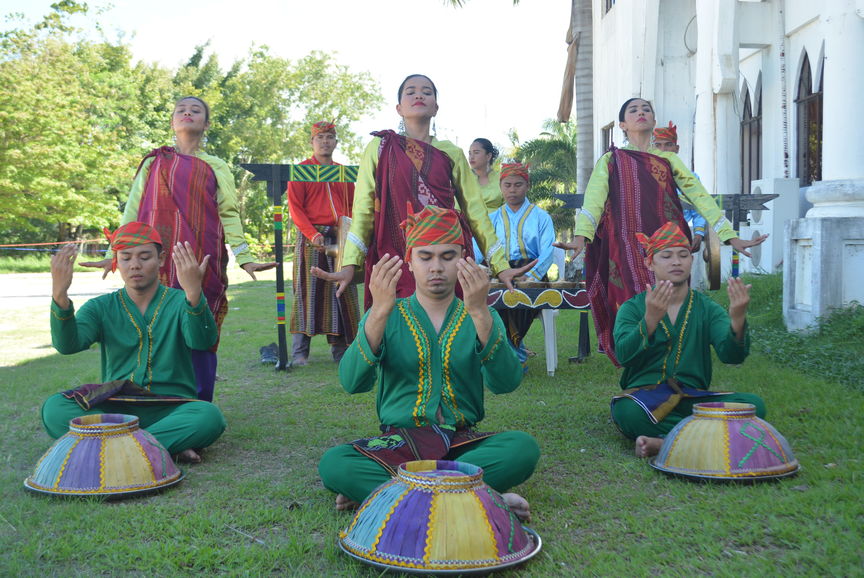 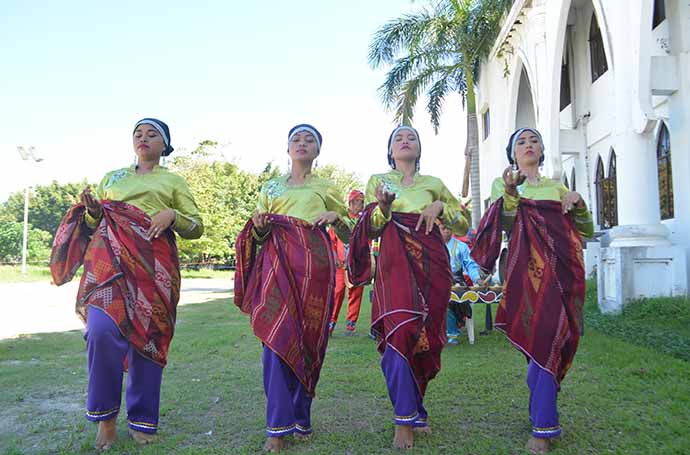 The group is composed of female orchestra names as “Nahawand Orchestra” is a meeting between music professional teachers who were gathered by a passion for music and the pleasure of giving birth to melodies and songs to spread the joy and happiness around them. Their purpose is to give life to Tunisian Andalusian classical repertory, and research in widely Tunisian and Arabic folk heritage.

The project is primarily based on a stylistic and emotional research to make the old musical memories fusing with new composition of our days, focusing on the Tunisian identity, mixing the Tunisian musical heritage, the traditional clothes and the Tunisian dance depending on the event.

The group preserves the folk music of their native country, embellishing it with Moogs and other modern elements. While Tunisian popular music often beautifully embodies nuances of its classical and folk music.

The group participated at many national festivals and got recognized internationally by their live performances at Lybie, France, London, alger, Bahrein, Turkey, Qatar, Taiwan, Jordan, Malaisia since 2010. 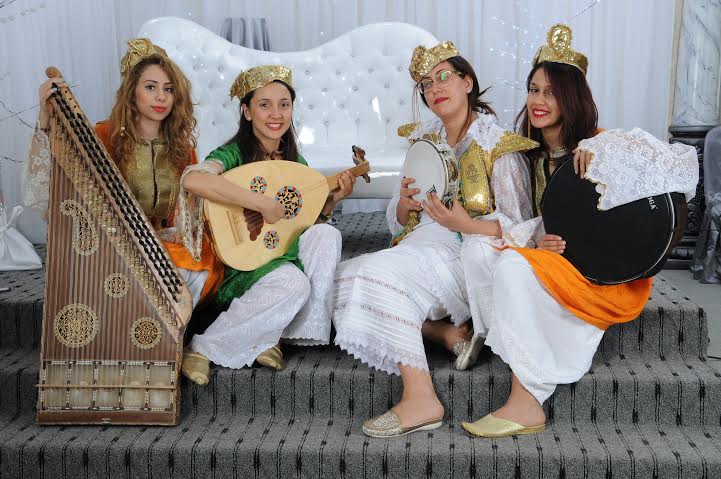 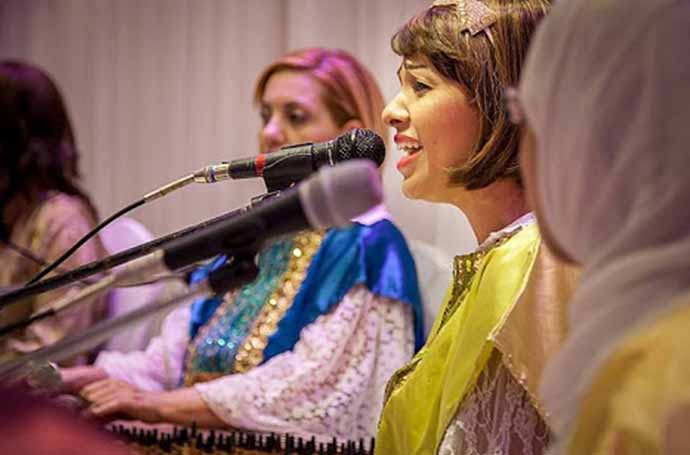 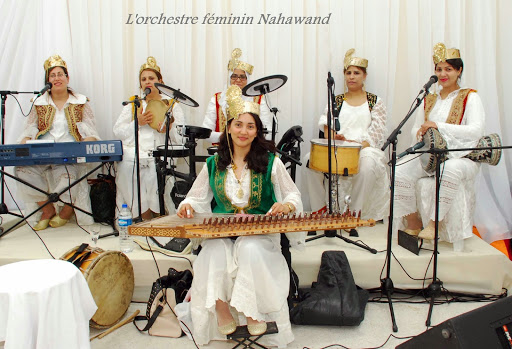 The Raha Group was founded in 2015 by Hafez Niknafs a world class musician and composer at Aminshahr of Iran. Iran is home to several ethnic groups. Iranian folk music as the one of the oldest and most influential cultural traditions in the Middle East. The group performed at the majority of the National Arts festivals and was awarded with top titles.

The traditional music of Iran is a message, a call from the artist’s innermost consciousness. the folk music traditions had their strongest roots in the rural regional areas, with separate heritages in the different regions. Furthermore, Iran contains several ethnic minorities with their own variations of Iranian folk music, including Azeri, Bakhtiari, Baluchi, Kurd and Turkmen peoples. 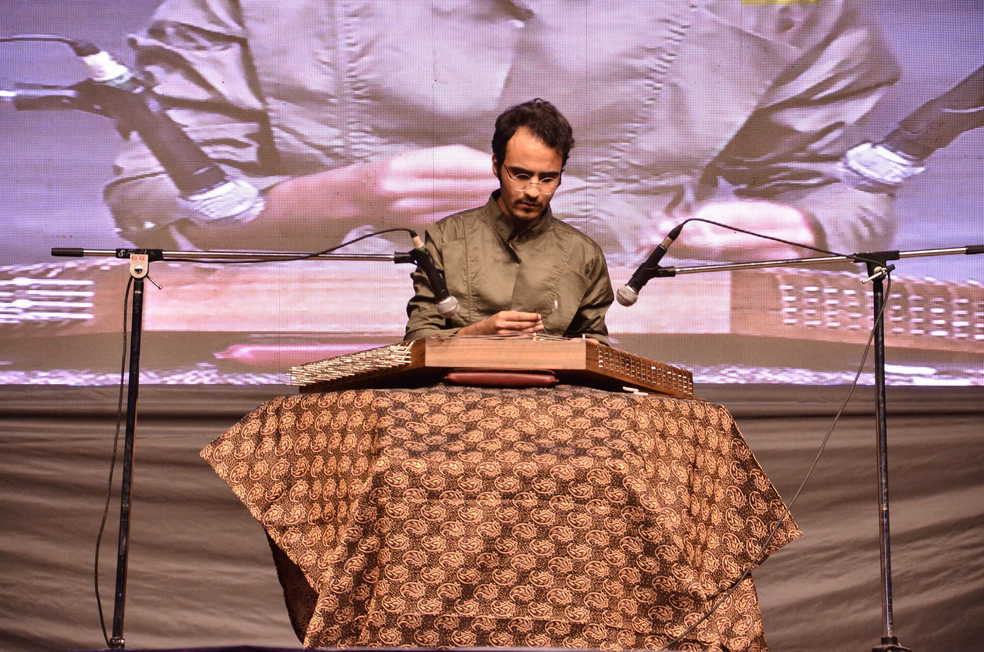 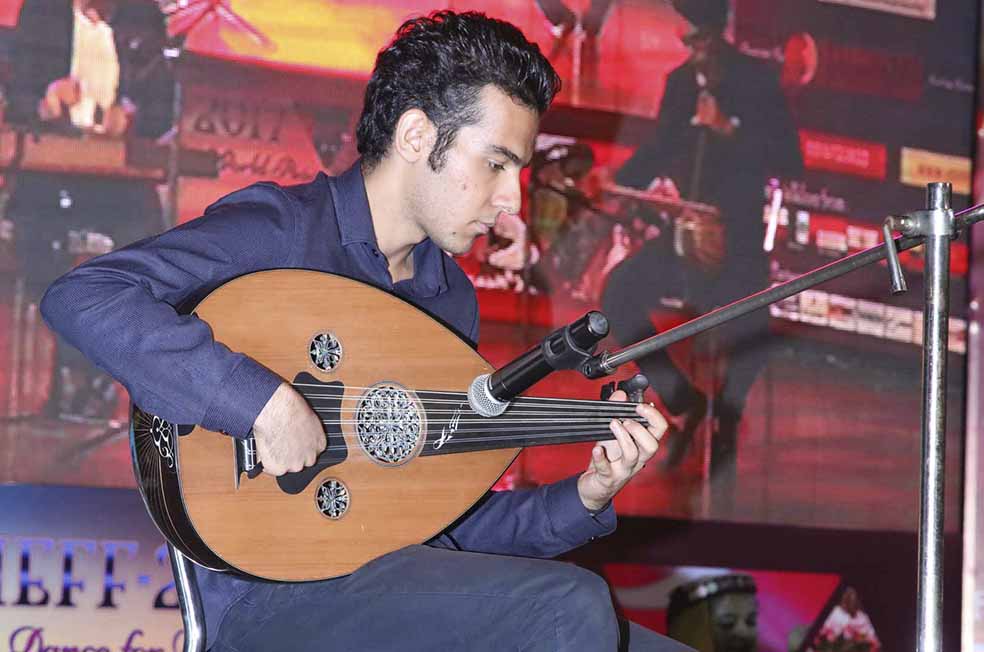 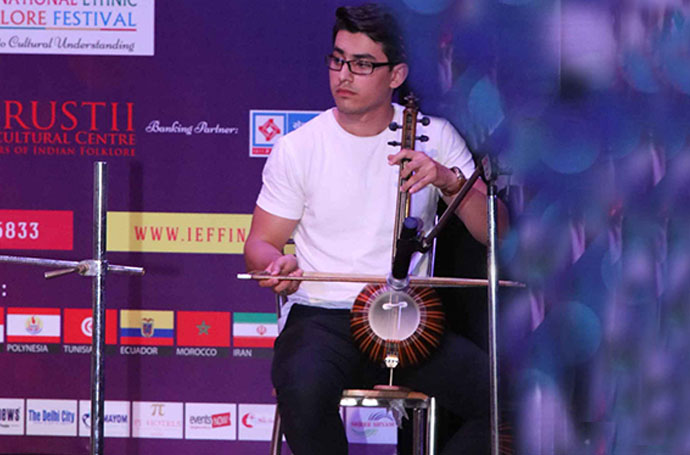