MALACHITE - The ensemble was founded in 2002, December in Orekhovo-Zuevo city, Russia. The ensemble consists of 30 participants. There are more than 40 dance compositions in the repertoire of the collective.

The Ensemble is a laureate of All-Russian, International and regional festivals and competitions. The ensemble is the holder of the sign of the governor of the Moscow region “I thank”, the winner of the award of the President of the Russian Federation, the participant of the All-Russian Delphic Games in 2010, the 14-fold winner of the Grand-Prix title.

The ensemble has a great tour activity in different cities and countries. The ensemble took part in festivals and competitions in Italy, Estonia, Abkhazia, Turkey, Bulgaria, China.

In its repertoire, the ensemble uses performances of various folk and modern dance styles. 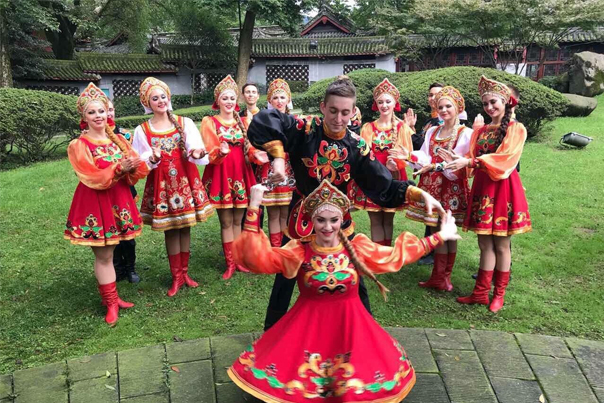 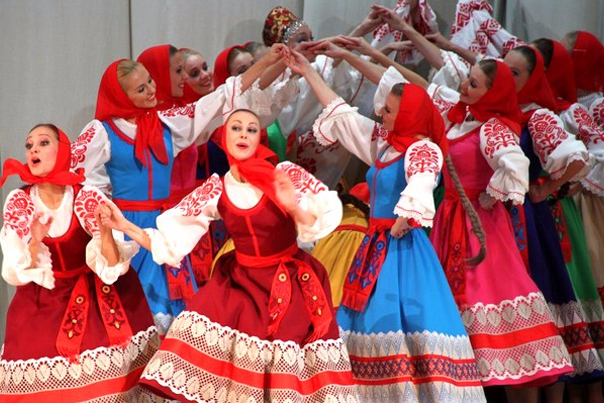 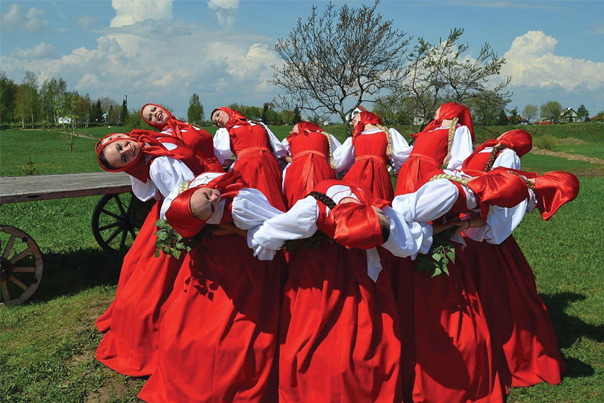 KALINA - Folk Song and Dance Group is an art group of University of Physical Education Wroclaw founded in 1983, which received the title of the Best Academy of Physical Education in 2015. The band’s seat is the legendary Castle, beautifully situated on the banks of the Oder. Starting from then it developed its folklore programs including next polish regional dances and songs and collaborating with the best polish choreographers.

The group presents colorful spectacle of polish National dances and songs lasting from 10 to 120 minutes and prepared by the best polish choreographers.

The group’s repertoire of dances includes 3 regions of Poland: 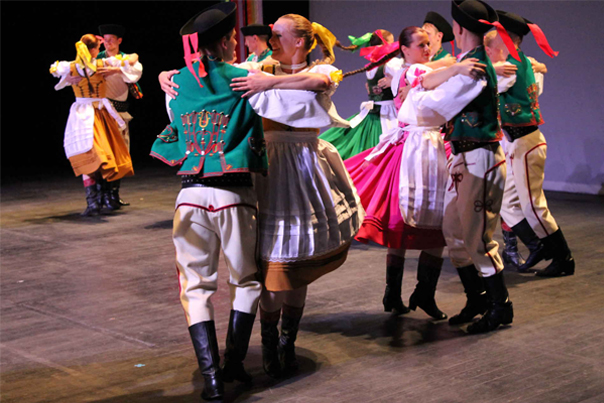 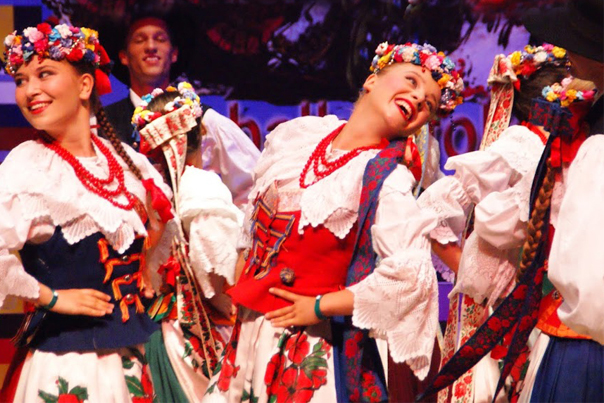 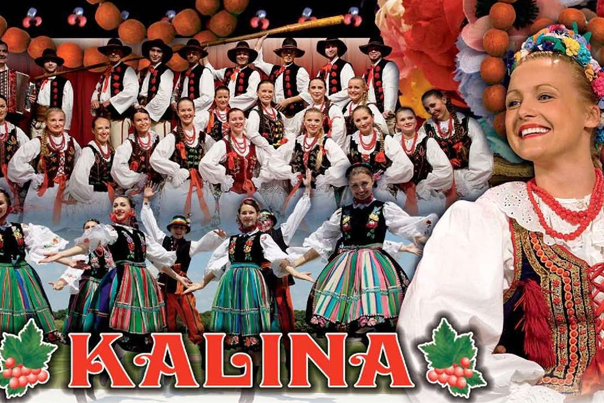 WIDYA: The group was founded by a prominent artist, observer and art counselor, the late Mr.Sampurno who started from a small Balinese dance club, which members consist of alumni of Konservatori Karawitan Bali (Kokar Bali) artists who lives in Jakarta.

The dance group then evolved into artistic activities that have the vision to educate children & adolescents in Jakarta, to love and preserve the arts and culture in accordance with the ministry of education and culture programs. Alumni of Widya Budaya continue to grow and now have become a venue of artistic activities of Balinese artists along with students who have mastered Nusantara dance well.

Widya Budaya studio still consistently held dancing activities until now. It has cooperation with the “Istana Anak-anak Indonesia - Taman Mini Indonesia Indah” (Indonesian Children Castle – Beautiful Indonesia Miniature Park). Regularly, Widya Budaya performs dance performances to public as one of many ways to show the result of a year training results of the students and make them confident. 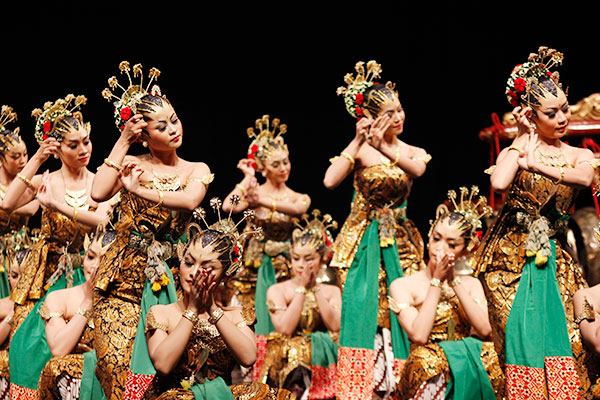 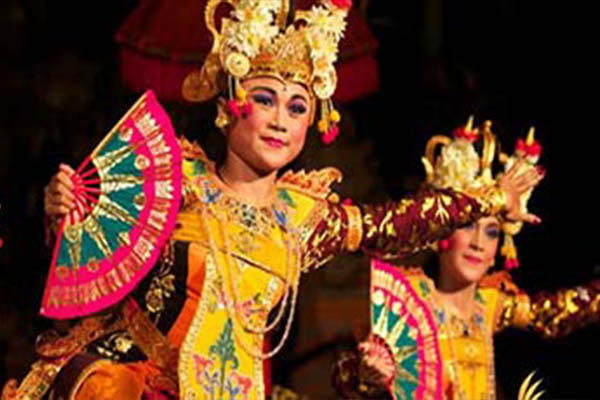 CASAL SENTISTA - Founded in 1987, the group has been collecting, preserving and promoting its ancient traditions not only about dances, costumes and musical instruments, and the most different cultural aspects of life back then, like festivals and pilgrimages, prayers, riddles and legends.

The group’s first public performance was in August, 19th, 1995 and has already been all around the country participating at various national or international festivals.

The group represented Portugal in over 60 performances beyond borders. The group promotes various leisure activities for young people covering themes such as Environment, protection of heritage, popular games and music along the year and also published two “discographic works”. The group has a school for traditional music players. Devotes itself to the preservation of local handicrafts, preparing its first DVD, coming in November 2018. The group performed in Spain, Turkey, Poland, Italy, Hungary, Brazil & France. 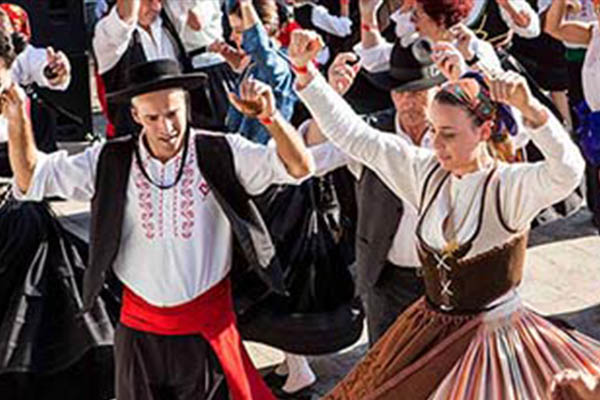 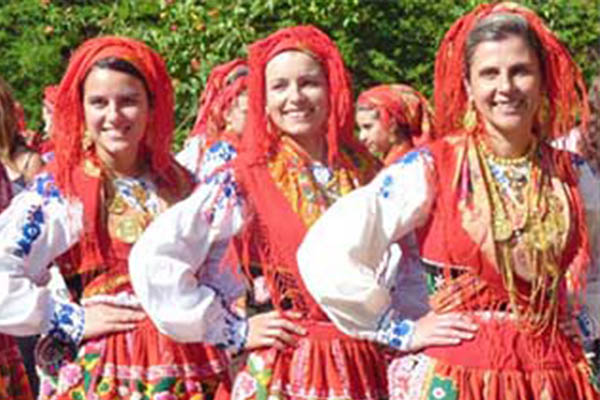 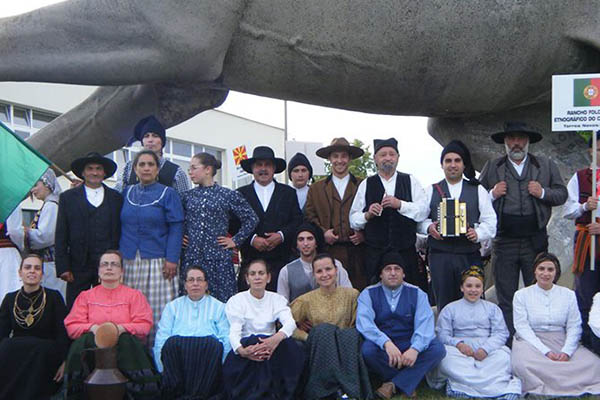 PARK SUNG HO - The group is popular in keeping traditional touch of Korean folklore, was formed in 2004 and continues to perform at overseas exchanges. The group created a performance type called Dance-Mask play and engaged in regular dance performances.

Park sung-ho’s featured performances were performed in the form of performing arts combining dance, evil, drama, and Mask. With its marvelous creations the group shares the importance of Korean traditional Dance with the world.

The Group’s dance repository includes 1. Tongyeong-gummoo (victory dance) consisting of drum dance and sword dance. 2. Wonhyangjimu freely crosses Sinawi rhythm and Jajinmori beats, based on heavy and graceful dance posture of Drum. 3. Wonhyang is a popular dance requiring extemporaneousness and sense of realism. 4. Hwajopoongwol rides wind under the moonlight and the fan held in one hand becomes a flower and bird. It is a piece of work that depicts a picture of beautiful woman and playboy, lyrical and dynamic at the same time. 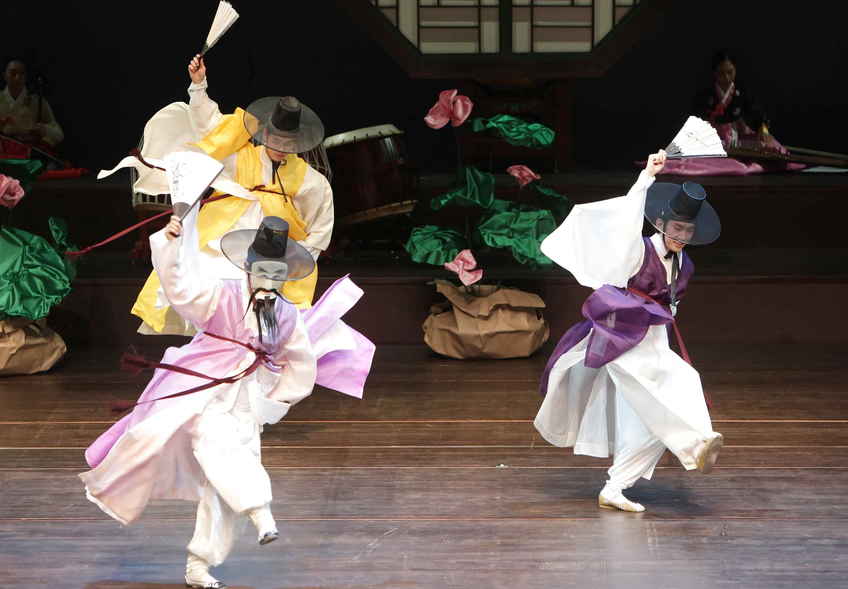 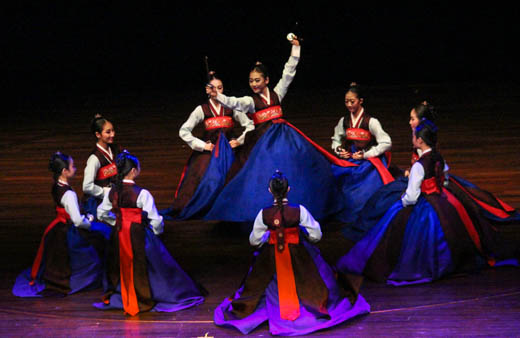 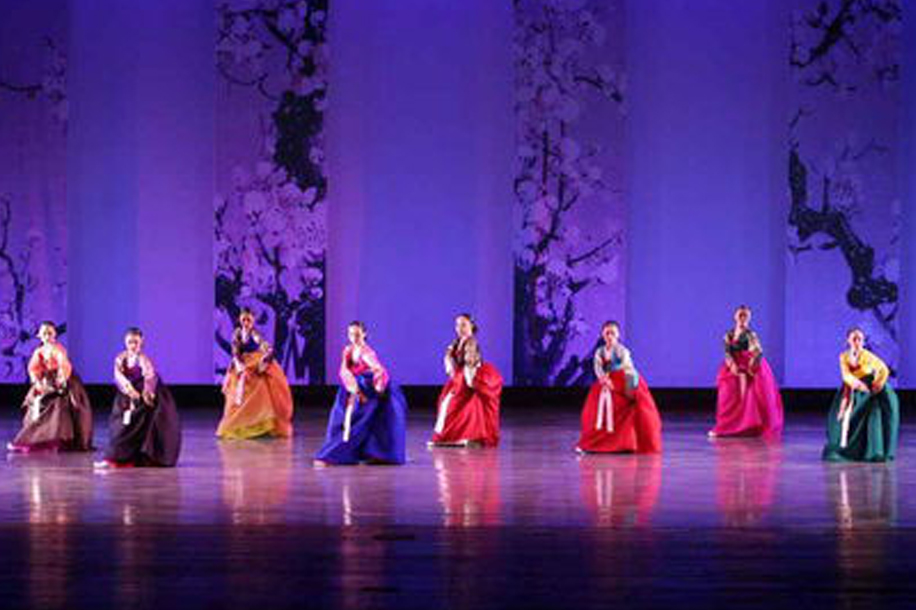 ALBALUNA - A Portuguese world music and fusion band, originated in 2010. The group dedicates itself to musical, historical and cultural research, creation and arrangement of musical pieces. Mainly the group music compositions are highly inspired by the cultural continuum which unites the peoples around the Mediterranean Sea and the three cultures that define the civilization heritage of the Iberian Peninsula.

Using as many antique instruments from various parts of the world as modern instruments, the musicians present an energetic show, full of distinct musical aromas, embracing multiple genres, such as world music, prog rock and metal, folk, medieval music, and fusion.

Along with music they also express themselves through dance, particularly that of areas around the Mediterranean Sea, the Iberian Peninsula, and Portuguese traditional repertoire; and also Sephardic and medieval dances.The ambiance of this intense onstage act is fuelled by the band’s own creativity and unending energy. 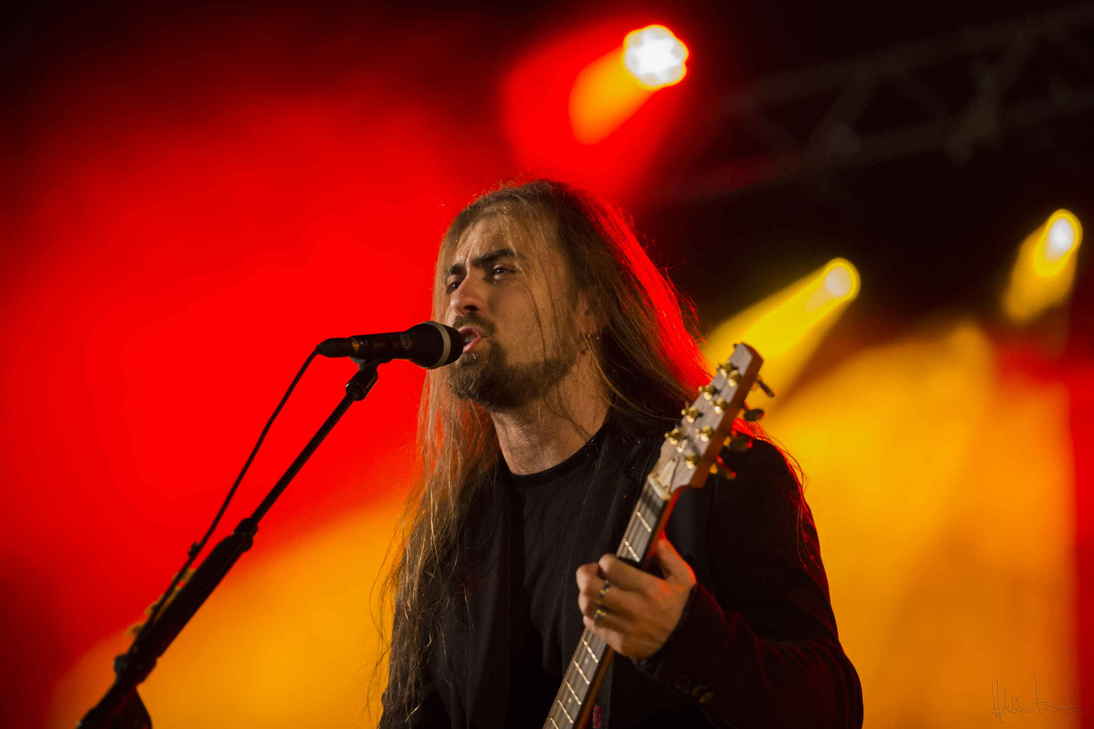 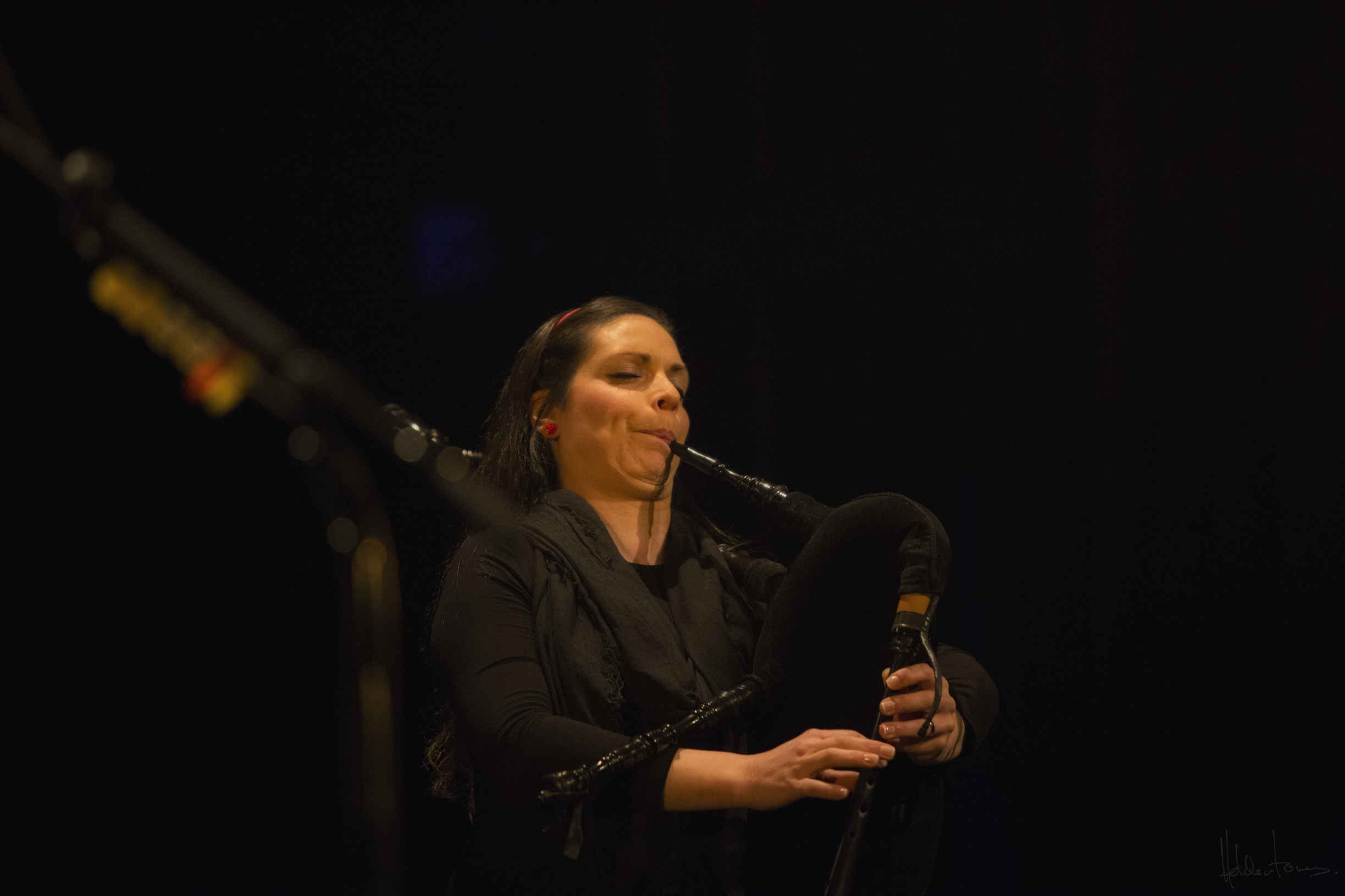 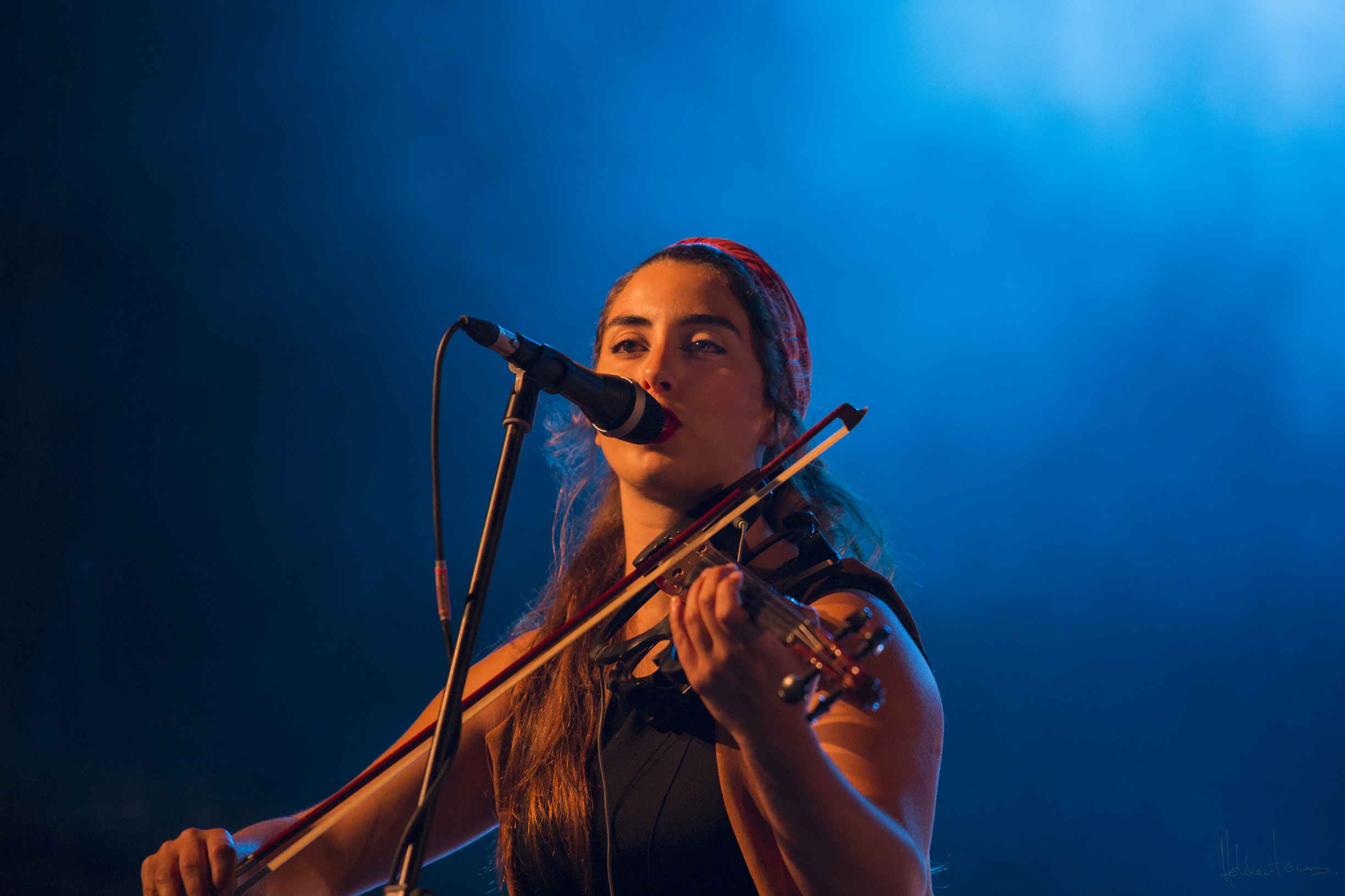 OLINYOLOTL - The Náhuatl language, spoken by an estimated 1.5 million Mexican indigenous peoples, contains the word “OLINTOTL”, which means “feeling”. This is the title that the group Olinyolotl are using for their latest project, as passion is what the group was created both from and for.

In 2015, due to the need for growth and the reevaluation of the goals of the project, the Director Isaac Teran in conjunction with the general coordinator Brenda Carrillo Castro, decide to convert “Fusion” into an Independent Mexican folkloric dance company and it is renamed as Olinyolotl, under a new scheme of work, has extended its range of possibilities of participation in international festivals and increases the coverage of the same, reaching new territories of dissemination for the Mexican folkloric dance. While retaining its essence of origin, the project Olinyolotl maintains its high standards of scenic quality, being an ambassador of the Mexican folklore and traditional expressions, offering the world the unique experience of a rapprochement with one of the most rich and diverse cultures of the planet; THE MEXICAN.

These proud performers have secured a growing reputation in the world of Mexican folkloric dances because of the high quality of their work and their emphasis on innovation and original staging. They have been travelling the world to show audiences what makes their rich heritage a unique and beautiful culture, full of traditions, music, color, energy, heart and values.

They have a strong will to share the cultural and intellectual heritage of their ancestors. Mexican folkloric dance company Olinyolotl’s repertoire is comprised of vast outstanding dance and music programmes with different levels of artistic interpretations of traditional music and dancing, ranging from the region of Sinaloa, Veracruz, Bailes delnorte de México, & Dances of Azteca based on a rich folkloric heritage from all over Mexico. The priority of the Olintotl is to cultivate and showcase folklore traditions through activities that include all age groups, especially the young. The group is unique with impressive choreography, music, and stage adaptations, the viewer can become acquainted with the aesthetic values of Mexican folk culture. 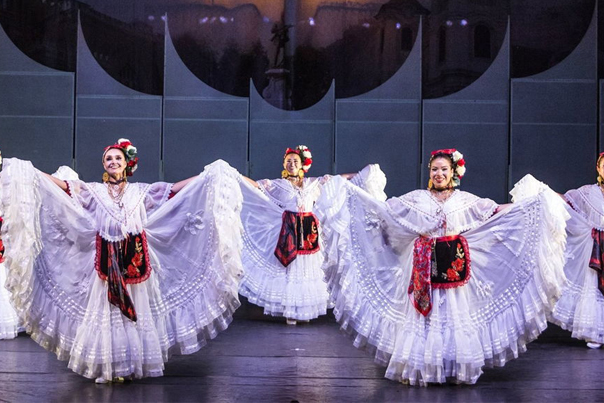 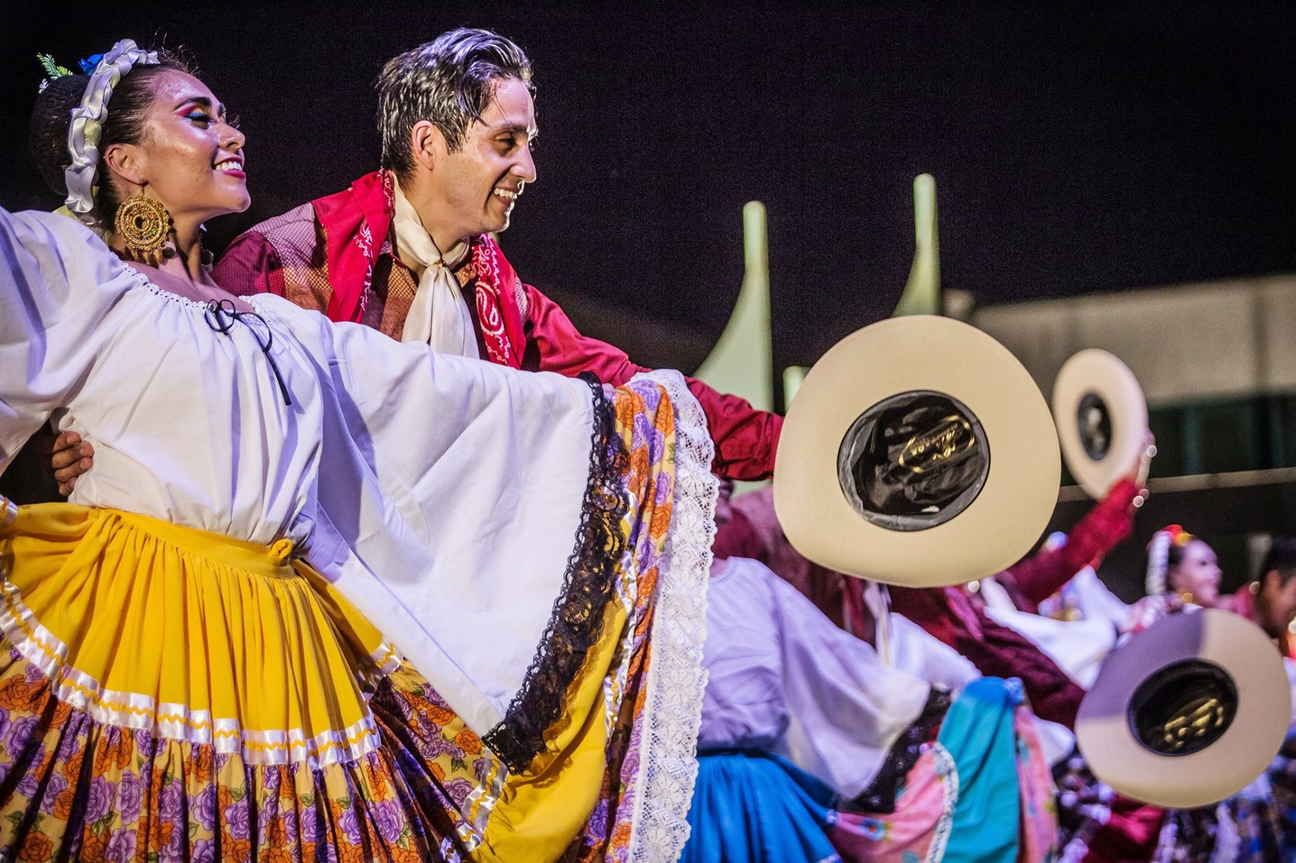 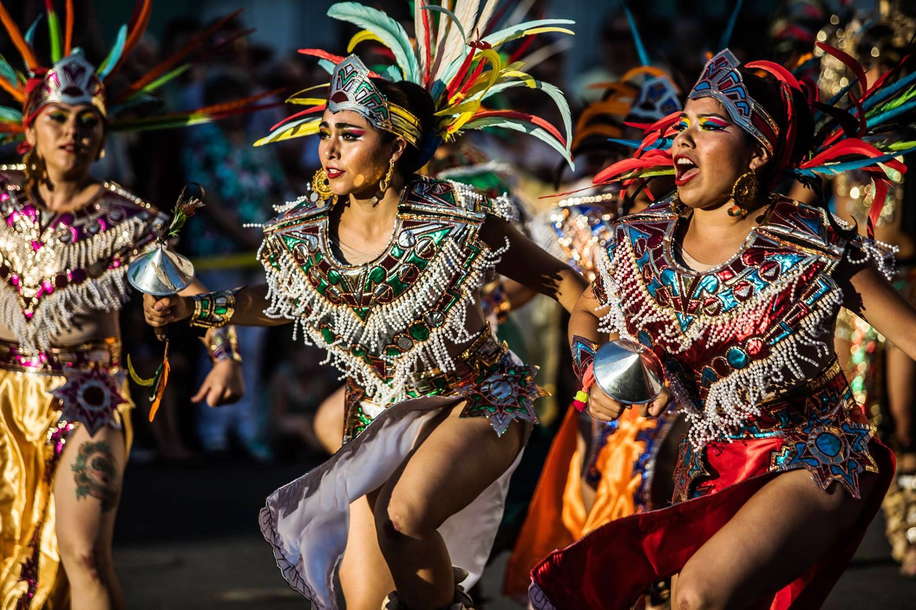 The Group is from Panevezys city, established in autumn 2005 lead by Mrs.Zita Rimkuviene (the winner of the Folklore Oscar in Portugal, 2012). The inhabitants of Panevezys are from different professions and age groups ranging from 35 to 50 year old. The group devotes free time to the promotion of national Lithuanian dance. The costumes are different for every dance, and reflect characteristic clothing in different regions of Lithuania. The dances in program are always changing, every year the program is enriched with new performances. Usually there are more than 20 dances in “Miestelenai” repertoire. 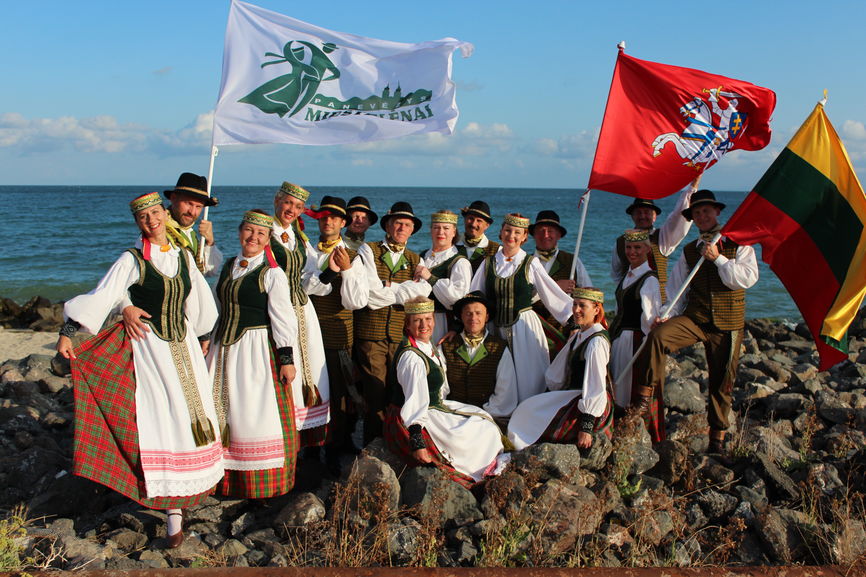 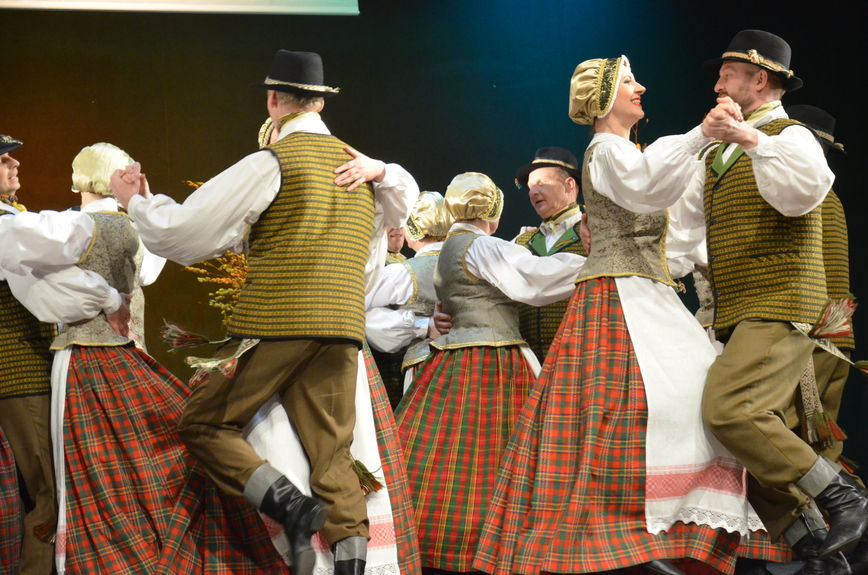 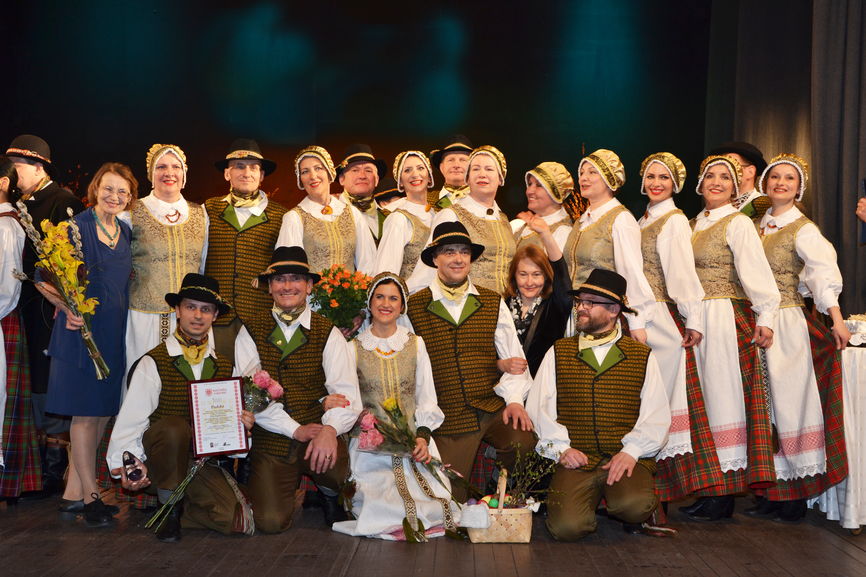